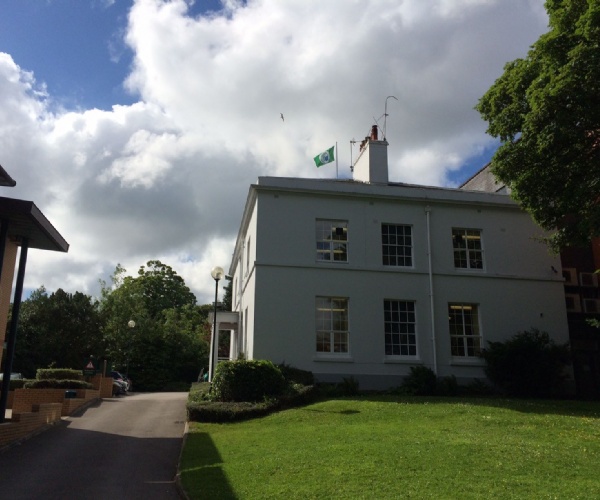 The Green Flag Award® scheme is the benchmark national standard for schools, parks and green spaces in the UK.  It was first launched in 1996 to recognise and reward the best green spaces in the country. The award continues to provide the high level of quality against which our schools, parks and green spaces are measured. It is also seen as a way of encouraging others to achieve high environmental standards, setting a benchmark of excellence in recreational green areas

On Wednesday 13 July the school held a ceremony for the award of our Green Flag status.  The Chief Guest was the Mayor of Wirral, Councillor Pat Hackett. Other guests included Sr Victoire FCJ and Sr Catherine FCJ who were representing our Trustees, the FCJ Society.  We were also joined for the afternoon by the parents and grandparents of the members of the school’s Eco-Club.  The Chamber Choir, led by Mrs Hulme, performed two beautiful songs to start and conclude the ceremony.  The Mayor of Wirral handed over the Green Flag to members of the Eco-Club, the flag was immediately dispatched to be hoist up the flagpole on top of the Upton Building.  Following the formal ceremony, the guests were led on a tour of the grounds visiting the Eco-Garden, Solar Dome and orchard, the outdoor classroom and the Mary Garden.  The afternoon ended with refreshments – including Upton Hall apple juice - served in the Dining Room.  Congratulations must be offered to Mrs McGettrick who led the project from the outset and provided great inspiration to the members of the Eco-Club. 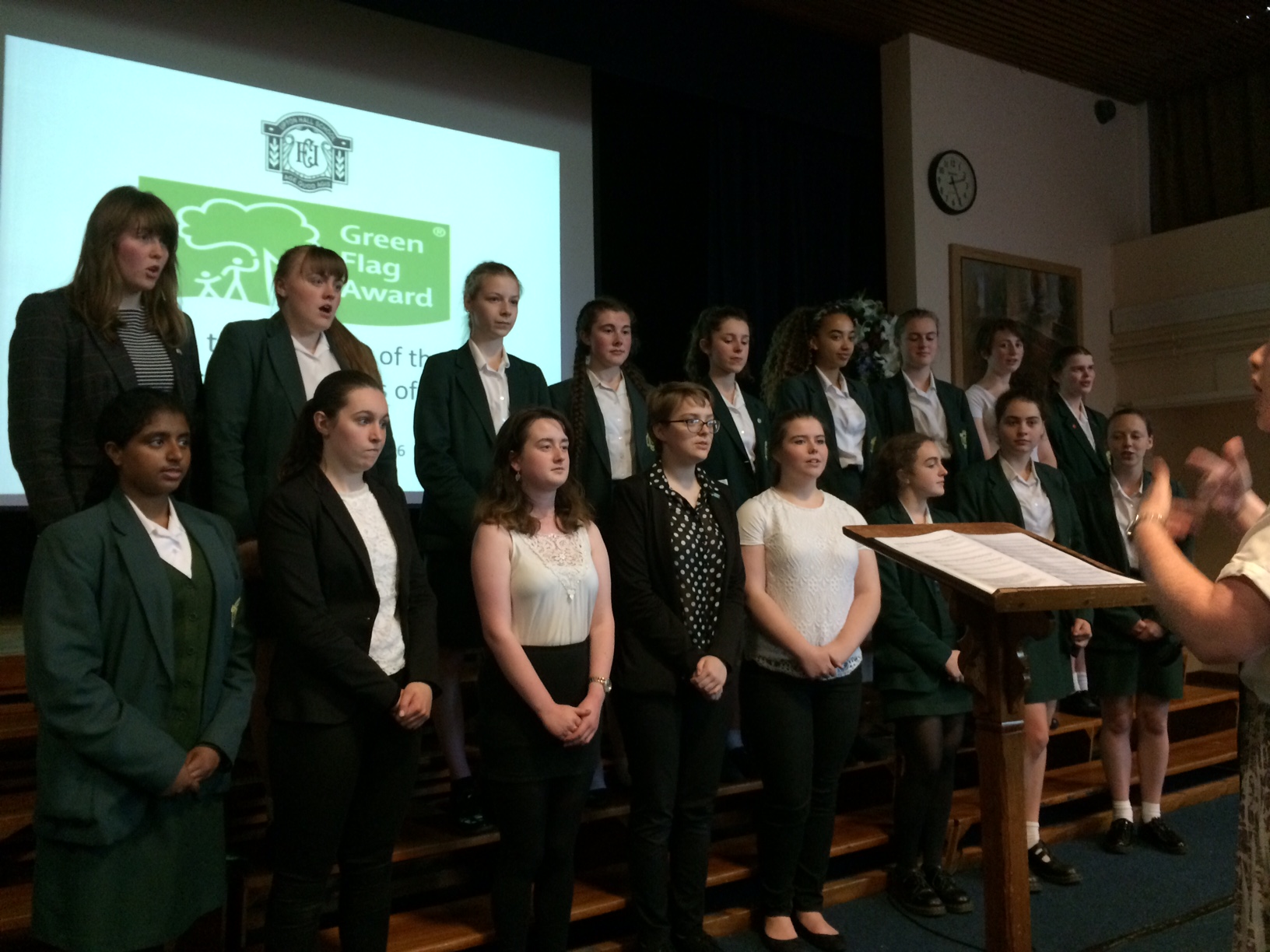 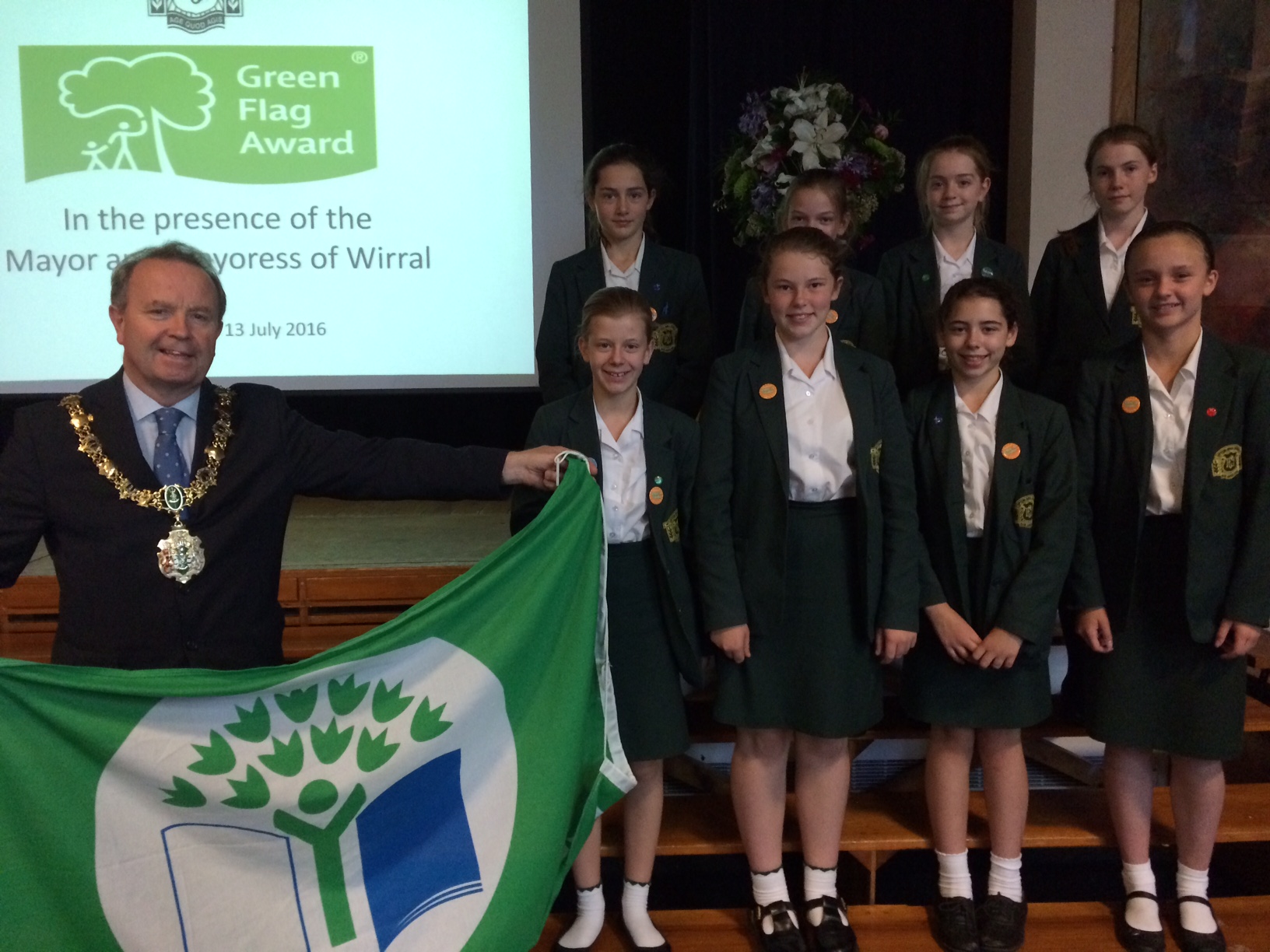 The Mayor of Wirral, Councillor Pat Hackett, prepares to hand the Green Flag to members of the Eco-Club 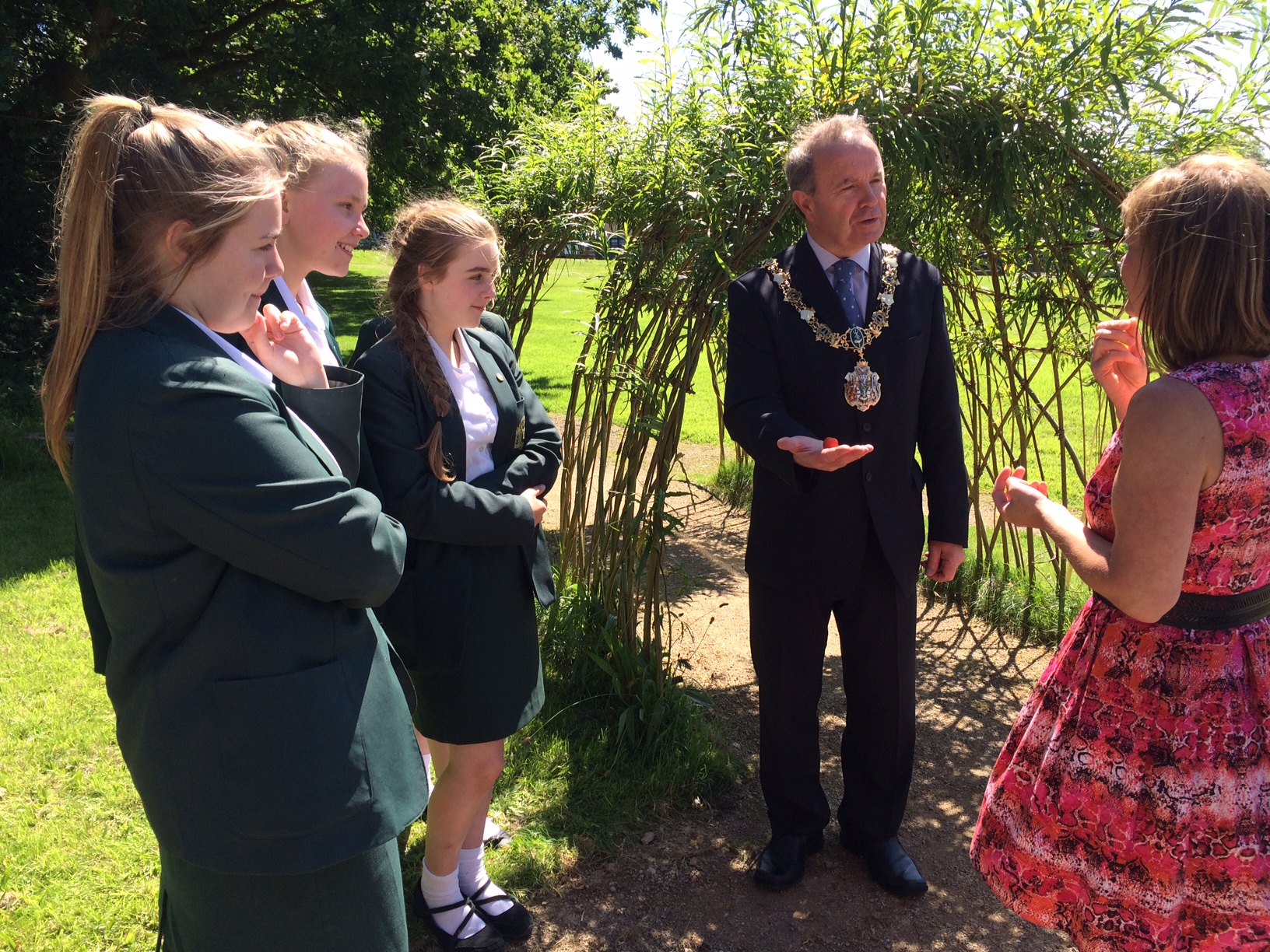 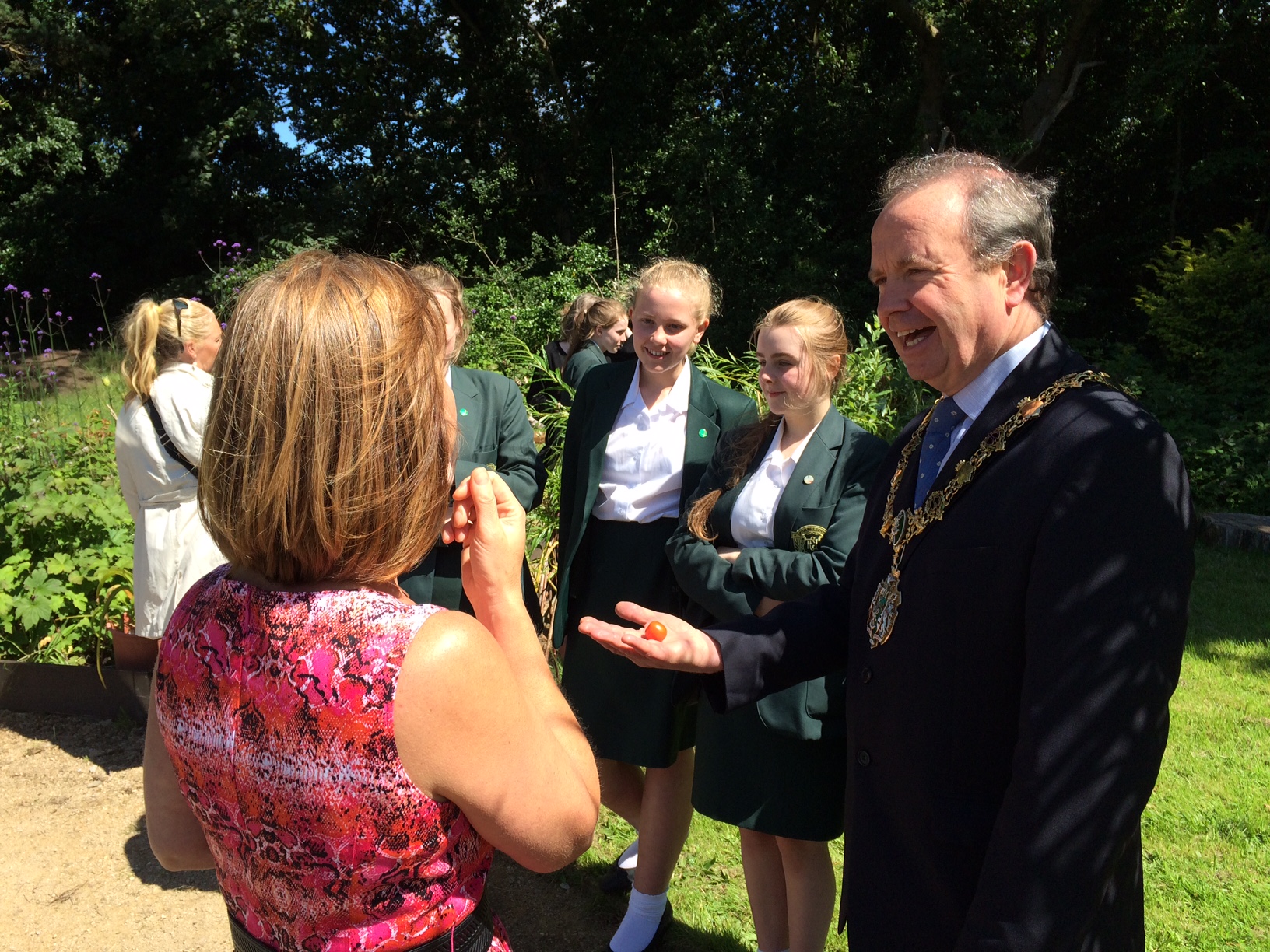 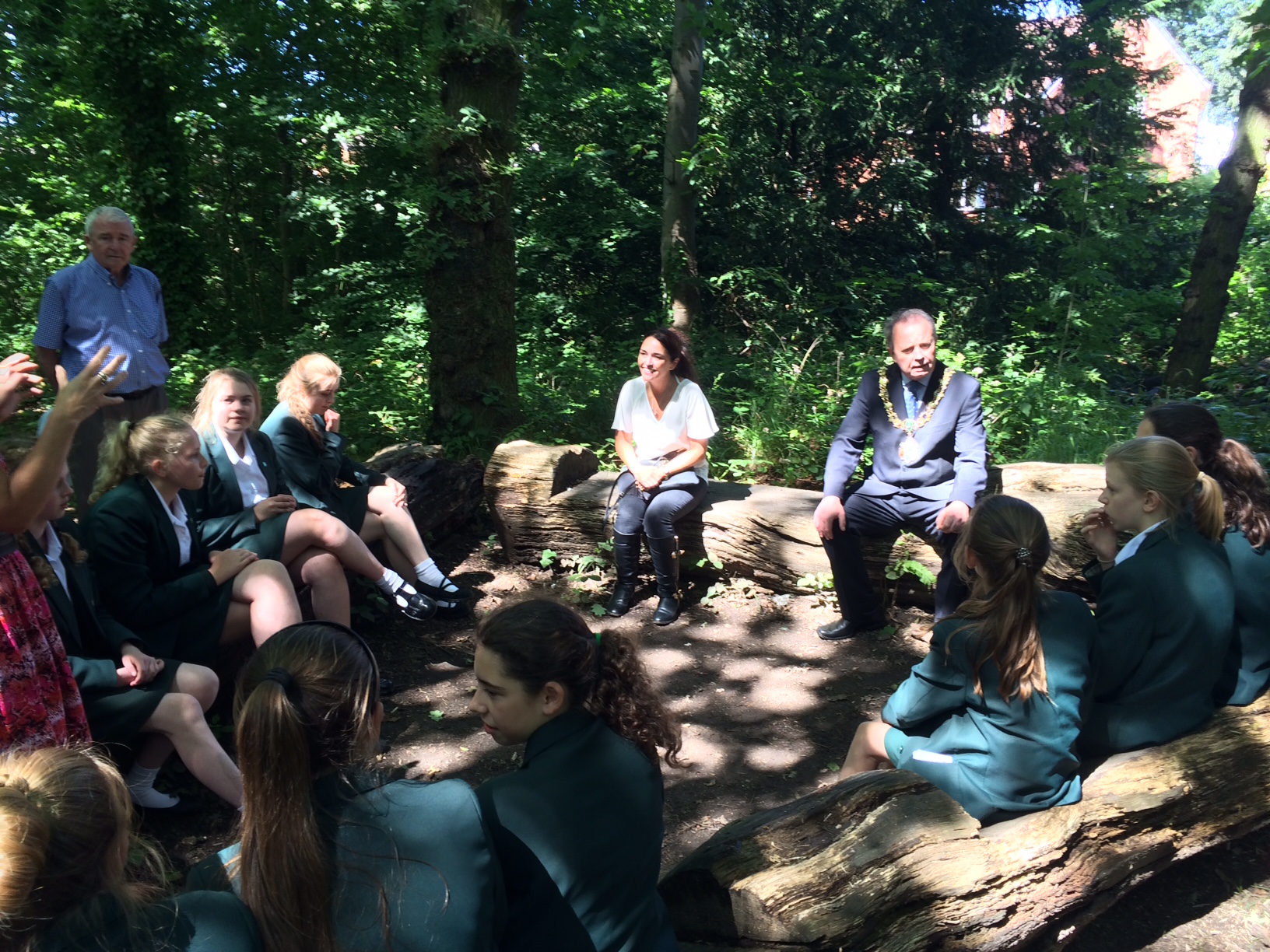 Dappled sunshine in the outdoor classroom 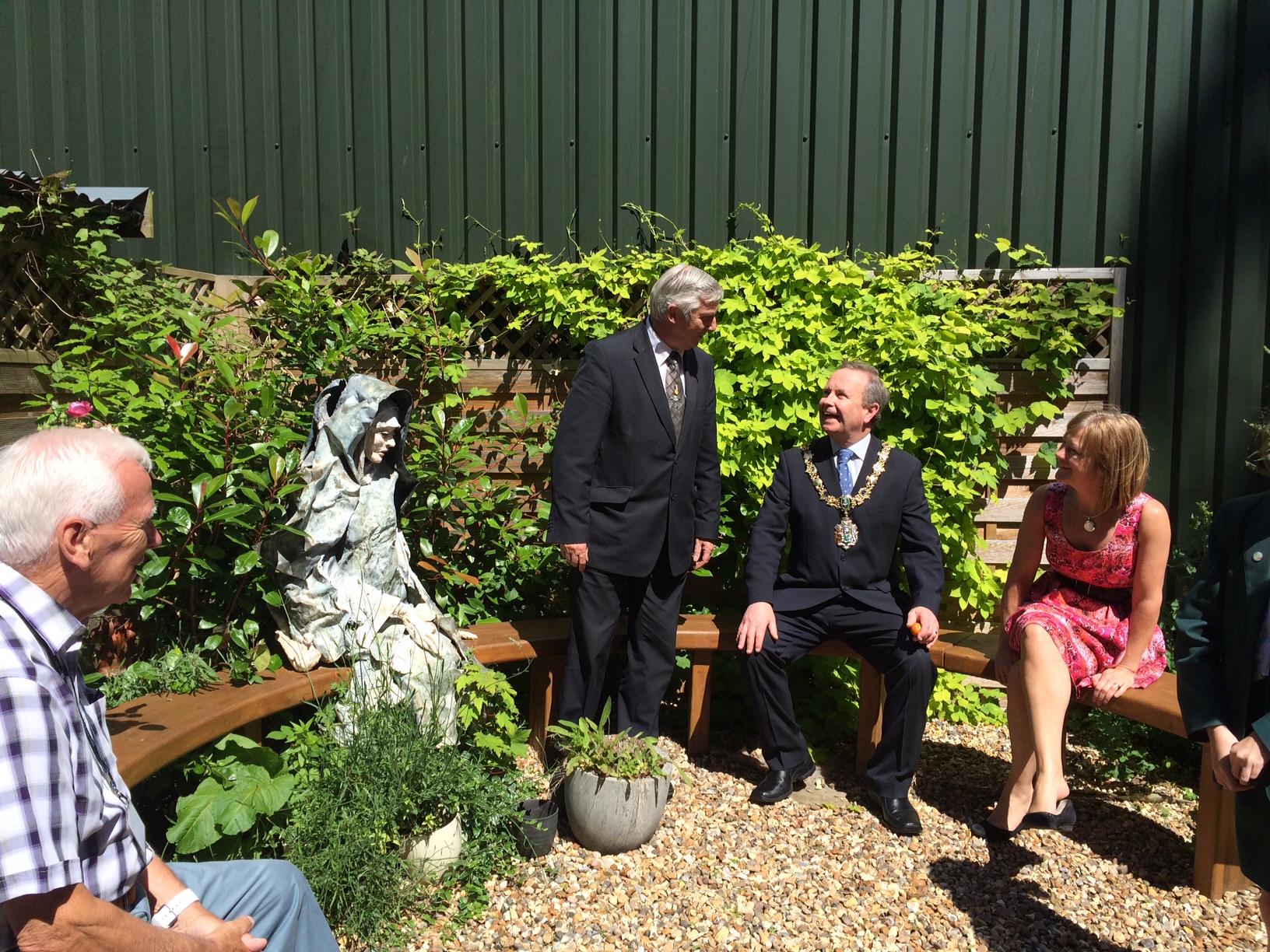 The Mary Garden provides a green oasis for quiet reflection 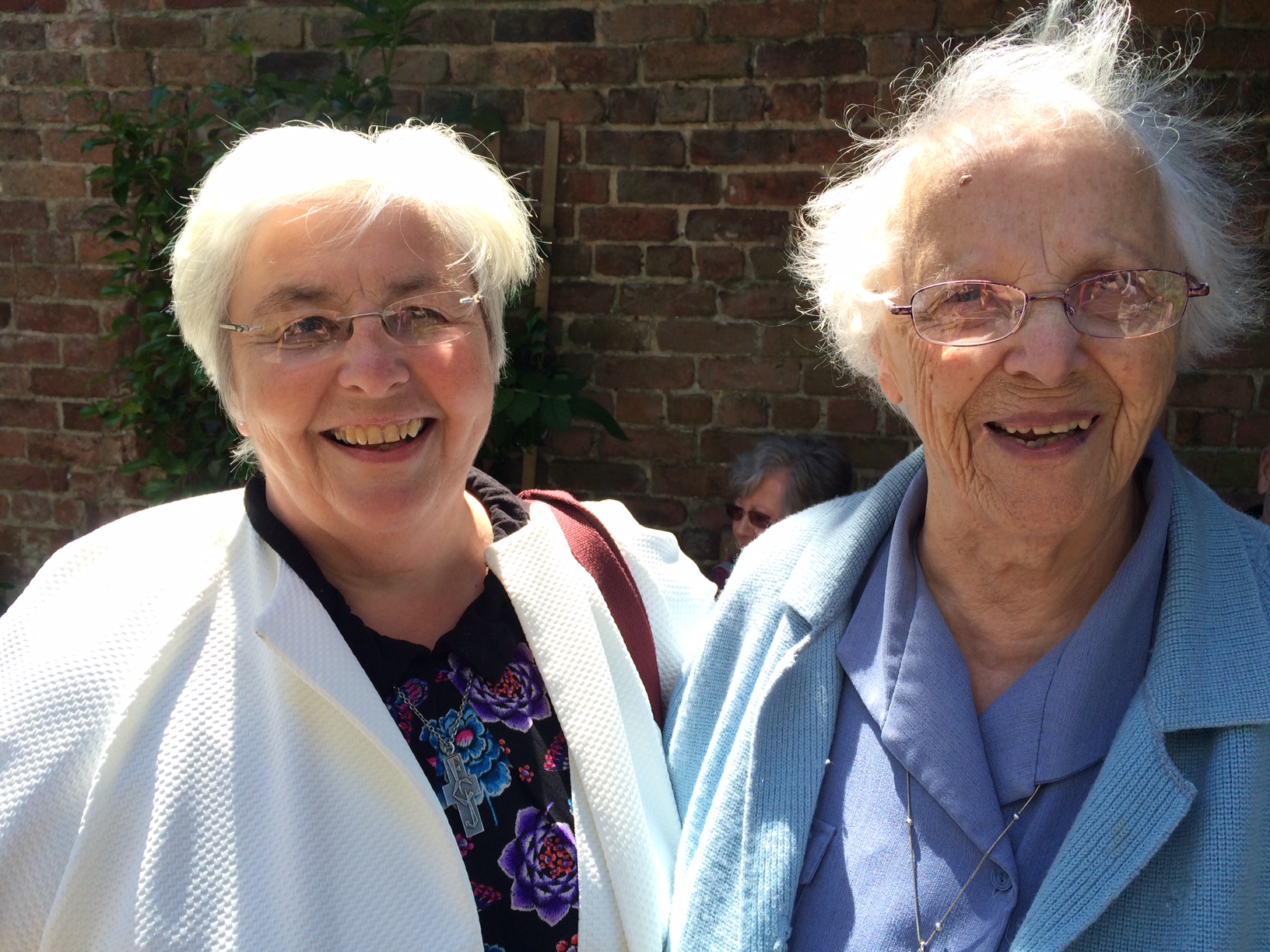 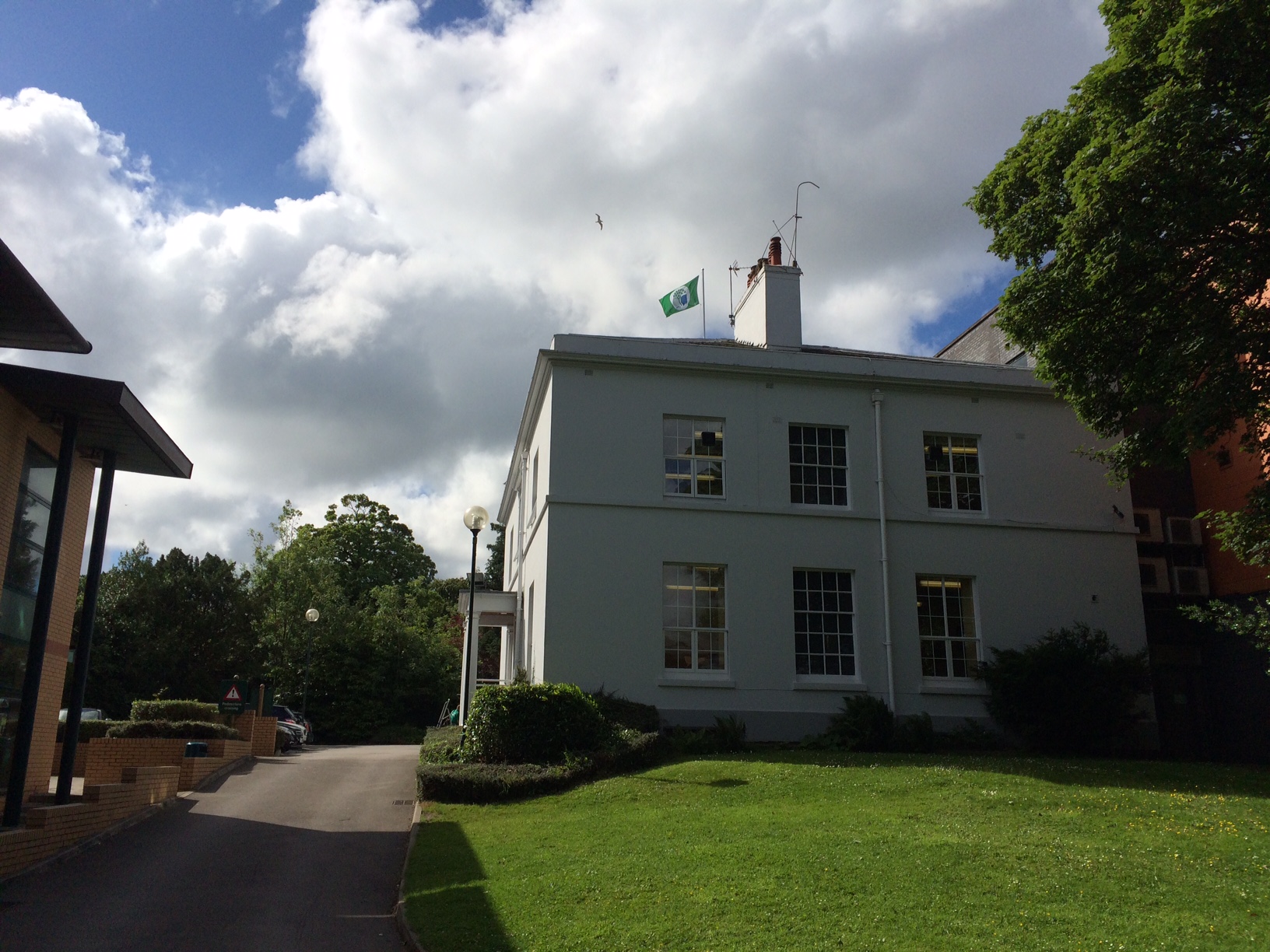