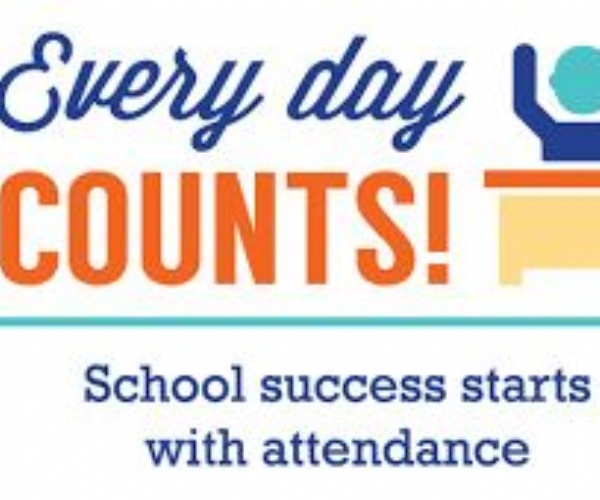 Help us to help your daughter by ensuring she is in school every day.

Attendance matters at Upton Hall school. Each pupil should be striving to attain 97% attendance.

Research highlights that a pupil with 90% attendance: misses half a school day every week within one school year, which is equivalent to 4 whole weeks or 128 lessons within a school year. 90% attendance over the 5 years of schools equates to half a year absent from school. Every 17 school days missed can lead to a drop in a GCSE achievement grade e.g. your daughter could go from a grade 6 to a 5. There are 365 days in the year, 175 of these days are not spent in school, so your daughter has 175 days to spend on shopping, holidays and appointments etc. By taking a two week holiday during form time, the highest attendance your child can achieve is 94.7%. By improving your attendance by just 1% you will see a 5-6% improvement in attainment. 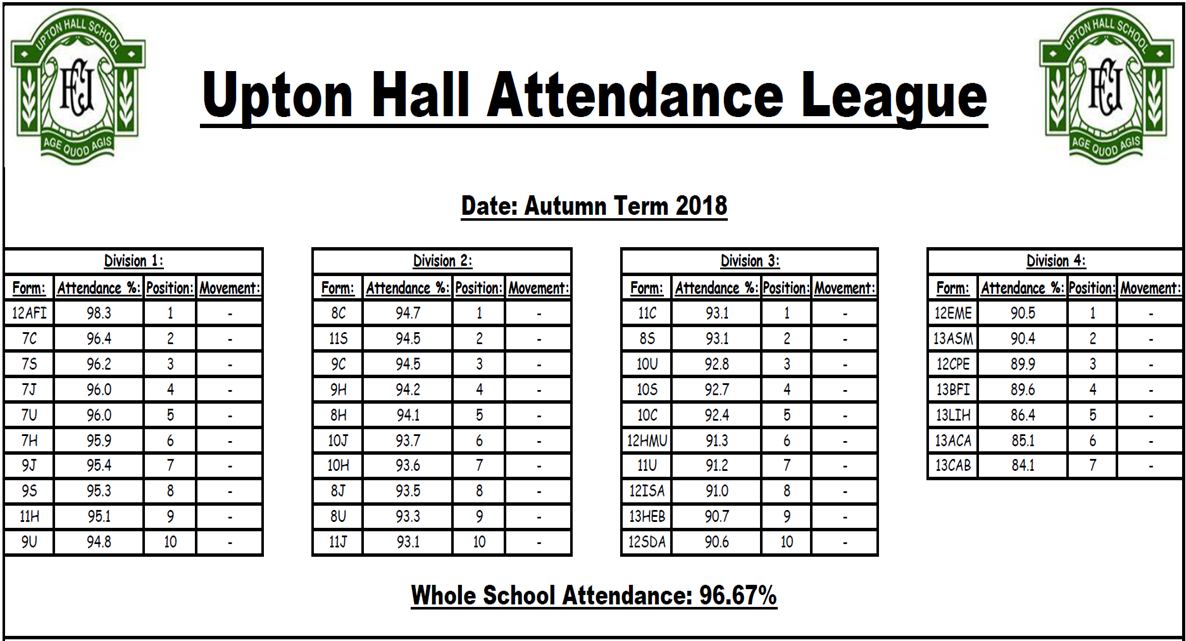 In addition to attendance, punctuality is vital. The picture below highlights the impact of being late to school or lessons and how this equates to how many days your daughter has lost the opportunity of learning. 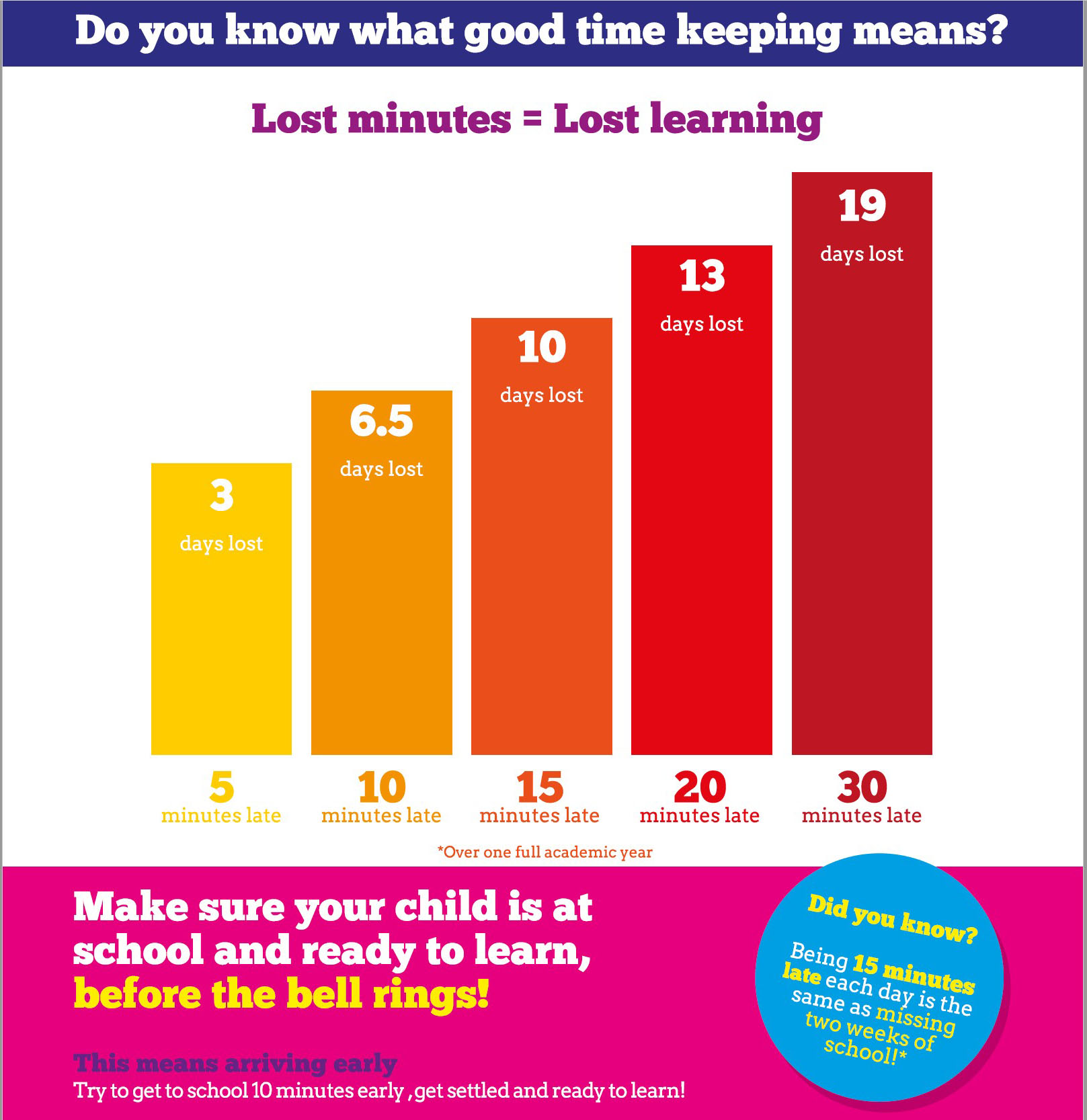 We are asking your daughter to only take days off for genuine illness, avoid taking holidays in school time and to record their attendance in their planner. If your daughter is off ill please contact the school either via email or phone the absence line to explain the absence and an expected return date to school. Higher levels or attendance leads to greater qualifications, lots more opportunities, rewards in school, a positive reference from school, better social skills and more options in life.

Help your daughter to achieve by encouraging them to improve and have high standards in attendance. School success starts with attendance and every day counts. The greater the attendance, the greater the achievement.