On Wednesday 11 November 2015, a Service of Remembrance and Parade was held at the Peace Garden of Upton Hall School FCJ. 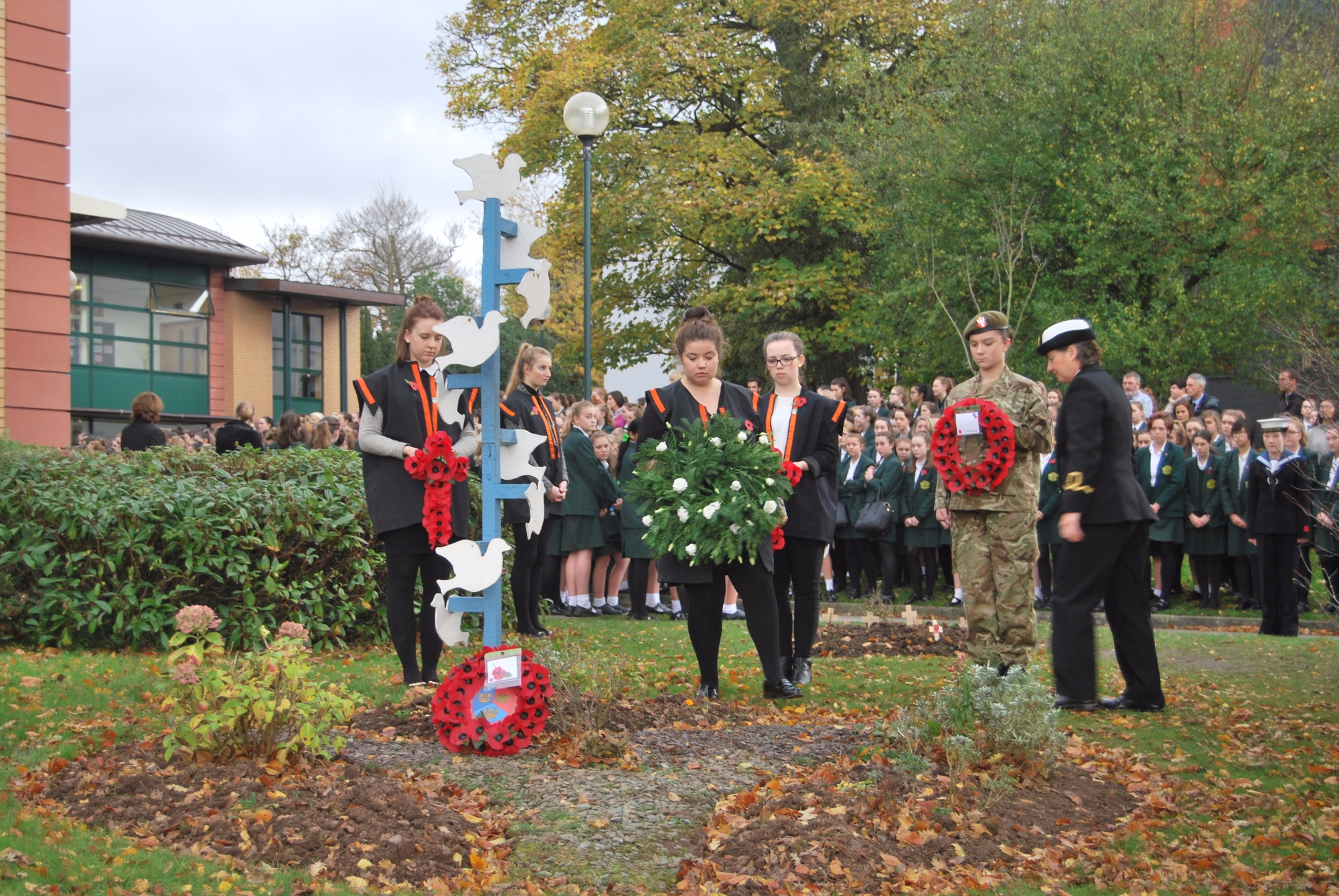 Staff and pupils gathered by the Peace Garden for the service when a number of poignant readings and prayers were read by staff and Head Girl’s Team. These included the poem Dulce et Decorum Est by the celebrated Birkenhead war poet Wilfred Owen:

Bent double, like old beggars under sacks,
Knock-kneed, coughing like hags, we cursed through sludge,
Till on the haunting flares we turned our backs
And towards our distant rest began to trudge.
Men marched asleep. Many had lost their boots
But limped on, blood-shod. All went lame; all blind;
Drunk with fatigue; deaf even to the hoots
Of tired, outstripped Five-Nines that dropped behind.
Gas! Gas! Quick, boys! – An ecstasy of fumbling,
Fitting the clumsy helmets just in time;
But someone still was yelling out and stumbling,
And flound'ring like a man in fire or lime . . .
Dim, through the misty panes and thick green light,
As under a green sea, I saw him drowning.
In all my dreams, before my helpless sight,
He plunges at me, guttering, choking, drowning.
If in some smothering dreams you too could pace
Behind the wagon that we flung him in,
And watch the white eyes writhing in his face,
His hanging face, like a devil's sick of sin;
If you could hear, at every jolt, the blood
Come gargling from the froth-corrupted lungs,
Obscene as cancer, bitter as the cud
Of vile, incurable sores on innocent tongues,
My friend, you would not tell with such high zest
To children ardent for some desperate glory,
The old Lie; Dulce et Decorum est
Pro patria mori. 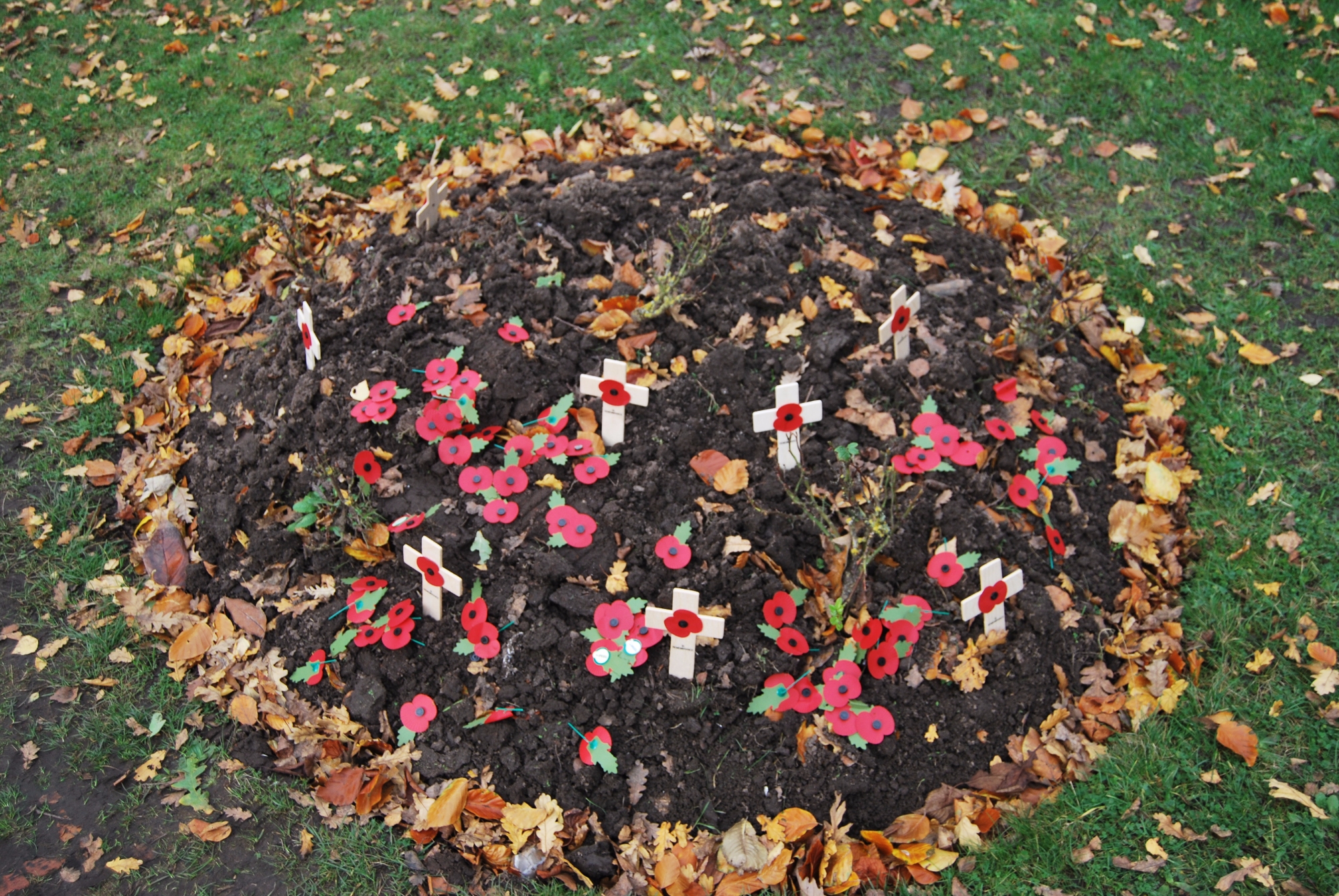 The Chamber Choir sang and poppy wreaths were laid.  Following the sounding of the Last Post played by two Upton pupils, two minutes' silence was marked at 11.00am. The Upton Hall Community paid their respects, in a most dignified manner, to those service men and women who lost their lives in the service of their country.