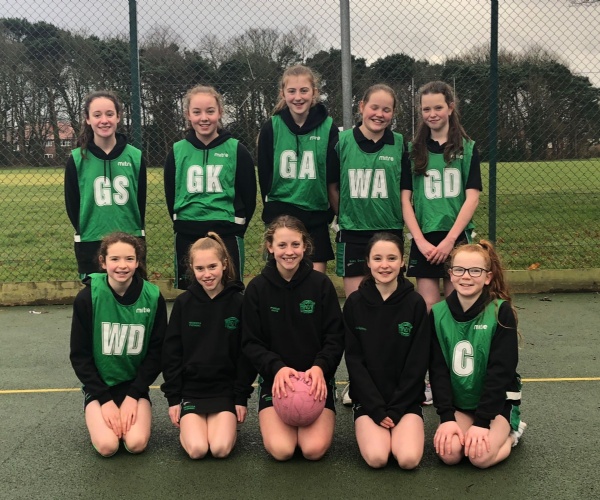 On Saturday 3rd February the year 7 A team braved the cold, windy and rainy weather competing in the Wirral Schools netball tournament.

The girls did fantastically well with 4 wins, 1 draw and 1 loss in the group stages enabling them to qualify in second place for the semi final. We drew West Kirby in the semi final and at the end of the game we were tied 4-4. Extra time resulted in a Upton Hall win 6-5 to take us through to a thrilling final.

The girls showed perseverance and a great level of skill in the final but unfortunately just lost out on the gold medal. Taking home the silver medal was a impressive achievement, scoring 29 goals throughout 8 games.

Most valuable player was awarded to Ava for excellent shooting and Ruby  for being a pinnacle part within both attacking and defensive play. Well done to all the following girls involved: Lexi, Isobel, Gabby Athena, Ruby, Phoebe, Eliza, Abi, Ava and Francesca.

The team has now qualified for the Merseyside Schools netball tournament.

Any pupils wishing to be considered for the team and for selection to take part in the tournament should attend netball practice on a Tuesday lunchtime and Tuesday after school, all year 7 and 8 pupils are welcome