On the Friday 10 February, five of  Year 11 went to Manchester to represent Tranmere Rovers at the Indoor Futsal U16 cup. They played extremely well and won all 6 matches convincingly. It was a tough semi final but the team managed to hold on to a 1-0 lead . In the final they faced Blackburn Rovers. Upton took an early 2 goal lead, unfortunately tiredness let the opposition back into the game and it finished 2-2. Golden goal was the next stage where unfortunately Blackburn scored first in extra time. Well done to Blackburn! It was a brilliant and enjoyable game had by all . Both teams now go onto the National finals in Derby on March 28 2017.

A big well done to Year 11, your effort, motivation and skill level were fantastic!! 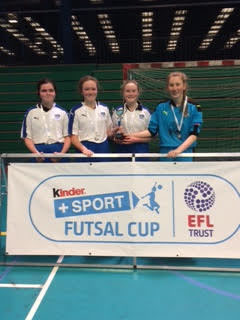